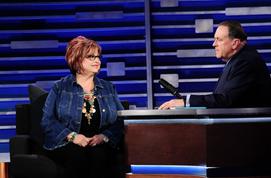 When a change in a Tennessee state law in 2017 resulted in barriers for churches who offer respite programs as a ministry to continue operating, Mary Anne Oglesby-Sutherly, executive director of Veranda Ministries, and committee members of the organization's Board of Directors enlisted the help of local legislators Sen. Ferrell Haile and Rep. Courtney Rogers.

They spearheaded an almost year-long effort to exempt churches from the state licensure requirement linked to the adult day care statute. Their efforts paid off when the legislation—House Bill 1498 and Senate Bill 1487— unanimously passed during the 110th Tennessee General Assembly and was signed into law by Gov. Bill Haslam on April 2, 2018.